With the release of the new James Bond movie, Spectre, Mike Gerrard tracks down some of 007’s best movie locations and Bond-like experiences.

Rome (Spectre, 2015)
The Eternal City is a suitable setting for Bond, the eternal hero. While Morocco, Austria, Mexico City and, naturally, London were also used as locations during the six months of filming, Rome and the Vatican City feature prominently in the story. There are some exciting car chases along the River Tiber and around the Colosseum, while St Peter’s Basilica also acts as a backdrop. With its five-star luxury and buildings dating back to the 16th century, Hotel d’Inghilterra would be as popular with Bond as it has been with previous British guests, including the Romantic poet John Keats. It even has a Bond Bar, named in his honour. 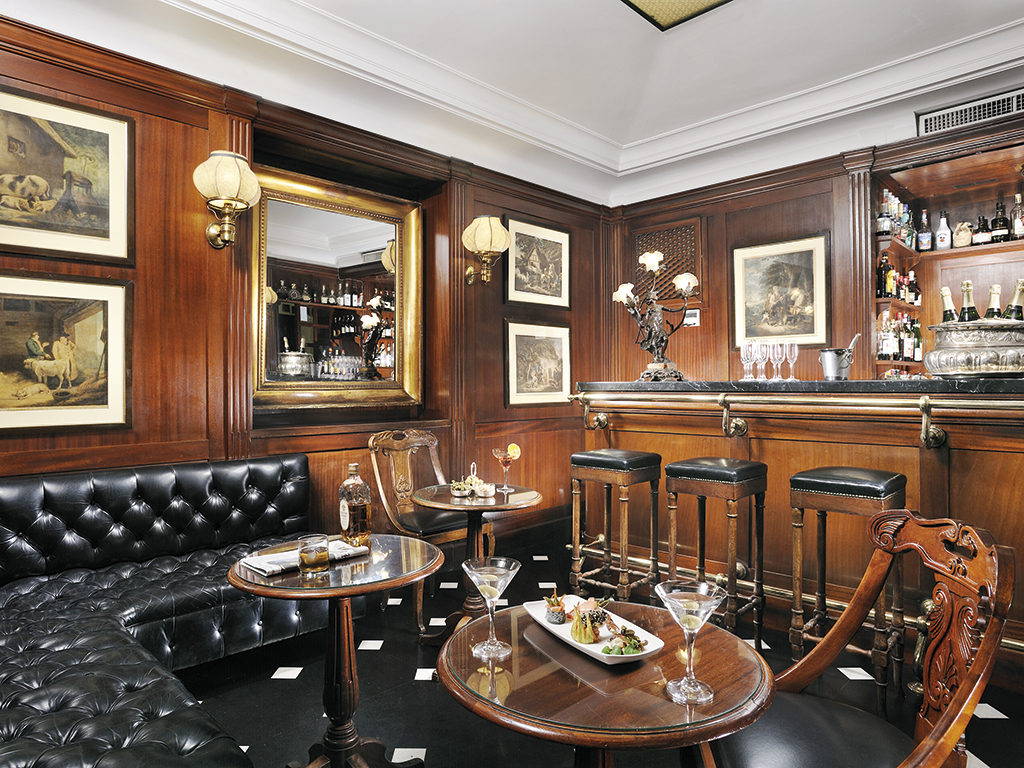 The Bond Bar at the Hotel d’Inghilterra

Jamaica (Dr No, 1962)
The first Bond film starring Sean Connery had one of the most memorable Bond movie moments ever, when Bond Girl Ursula Andress emerged from the sea in a white bikini, which became almost as famous as she did. Much of the action takes place on Jamaica, and that particular scene was filmed on Laughing Waters Beach at Ocho Rios. The beach is on a private estate, however, so you will need to watch the movie again to see it. 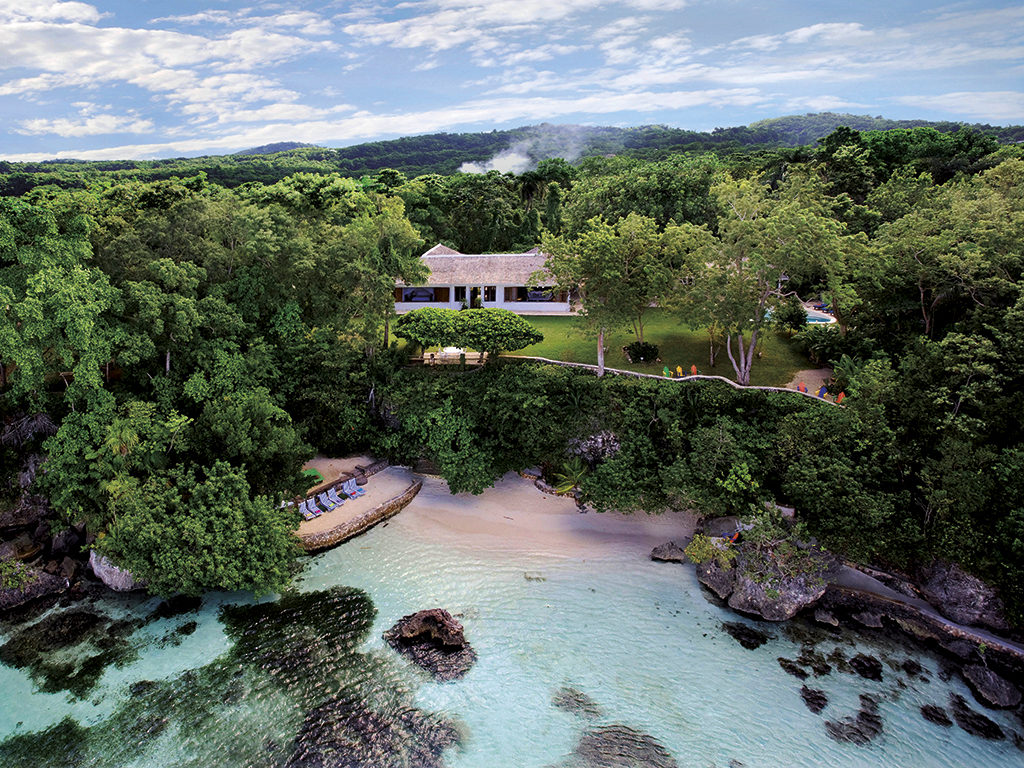 The Fleming Villa was Ian Fleming’s Jamaican retreat where he wrote all 14 of the James Bond novels. It comes with five bedrooms, a private beach, pool, butler and cook

Thailand (The Man with the Golden Gun, 1974)
Although the novel on which it’s based is mostly set in Jamaica, the Caribbean island had already been featured in two earlier movies, so most of the action was filmed in the Far East. The star location was Thailand, in particular Phang Nga Bay. Situated at the edge of the Krabi Marine National Park, the splendid Rayavadee Resort offers truly breathtaking views over the waters where many of Bond’s exploits took place. He would surely love the opportunity to relax by his private swimming pool in what has often been voted one of the world’s best hotels. 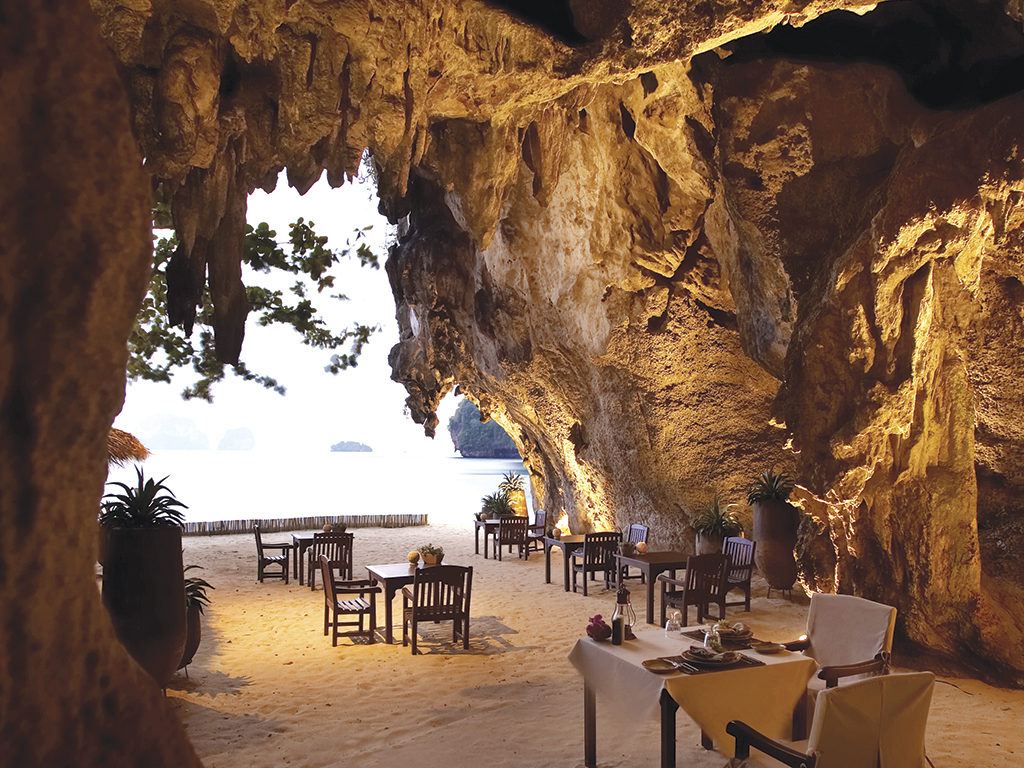 The Grotto at Rayavadee Resort

Bernese Alps, Switzerland (On Her Majesty’s Secret Service, 1969)
The Piz Gloria revolving restaurant on top of the 2,970m-high Schilthorn (schilthorn.ch) in the Bernese Alps was the unforgettable setting for some of the action in the sixth Bond movie (with George Lazenby in the lead role). The film made it famous, but only thanks to a last-minute fit-out – the restaurant was still being built when filming started. The production company had to pay to have electricity put in and an aerial lift installed so they could get everything and everyone up there. 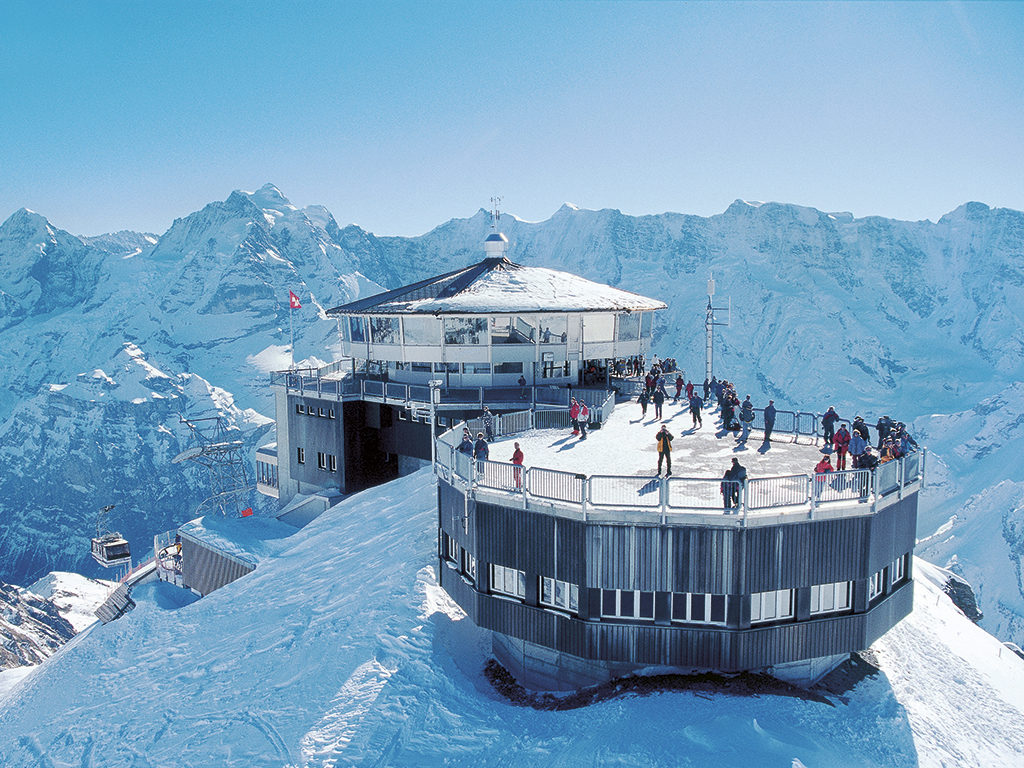 The Piz Gloria revolving restaurant on the the Schilthorn

Udaipur (Octopussy, 1983)
Though some scenes were shot in the other-worldly desert landscape around Moab in Utah, and others in Berlin, it was the Indian city of Udaipur in Rajasthan that featured most strongly in Octopussy. The city’s fabulous hotels became stars in their own right. Bond (played by Roger Moore) stayed at the Hotel Shiv Niwas Palace, while the spectacular Taj Lake Palace was used as the island home of the jewel smuggler, Octopussy. Bond is familiar with the Panera Bar at the Shiv Niwas Palace having stayed at the hotel in Octopussy. With its chandeliers, mirrors and plush sofas, he would have all the discrete comforts and impeccable service of a London club… and a martini to match. 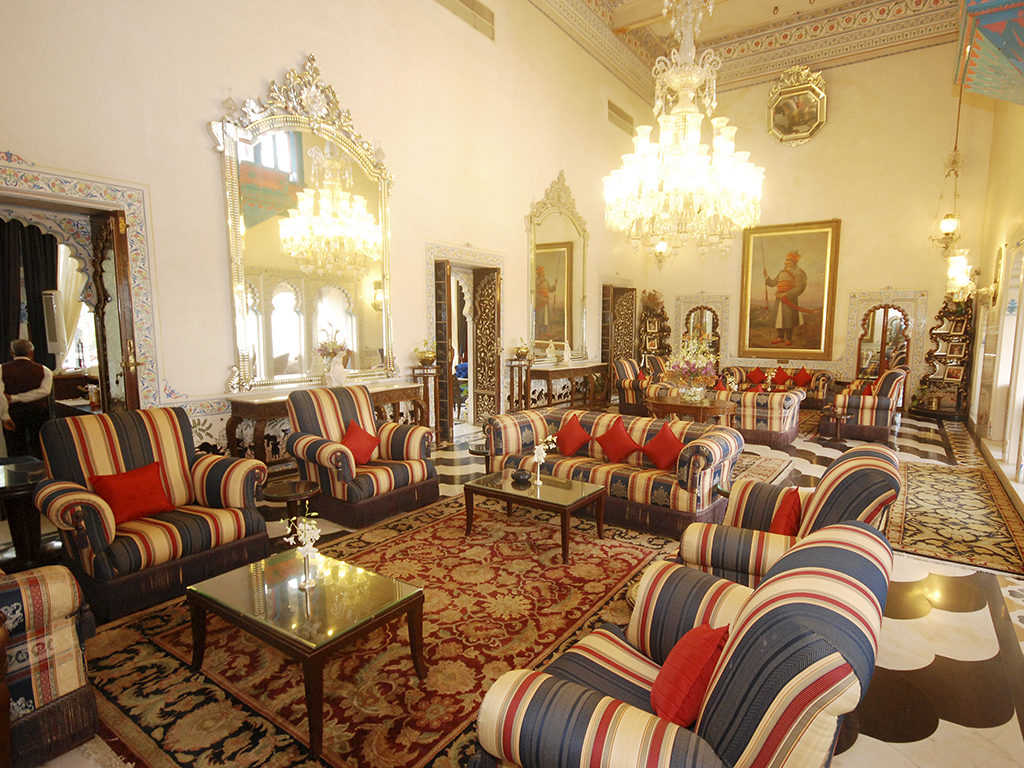 The opulent Panera Bar at the Shiv Niwas Palace

Scotland (Skyfall, 2012)
Skyfall saw Bond hitting top form and breaking box office records. While the film showcases spectacular settings in Japan, China and Turkey, especially the opening scenes in Istanbul, it’s perhaps best remembered for Bond revealing something of his Scottish origins. Scenes were filmed in what was Bond’s childhood home in Glencoe and on the A82 road in the Scottish Highlands, where he took M for a spin in his Aston Martin DB5.

It takes almost ten miles of driving on single-track roads through the woods and alongside Loch Awe to reach the idyllic luxury retreat Ardanaiseig which dates back to 1834. Bond could relax by boating on the loch or fishing for wild brown trout, and no doubt would take someone with him to enjoy dining at the hotel in what’s been called the most romantic restaurant in Scotland. 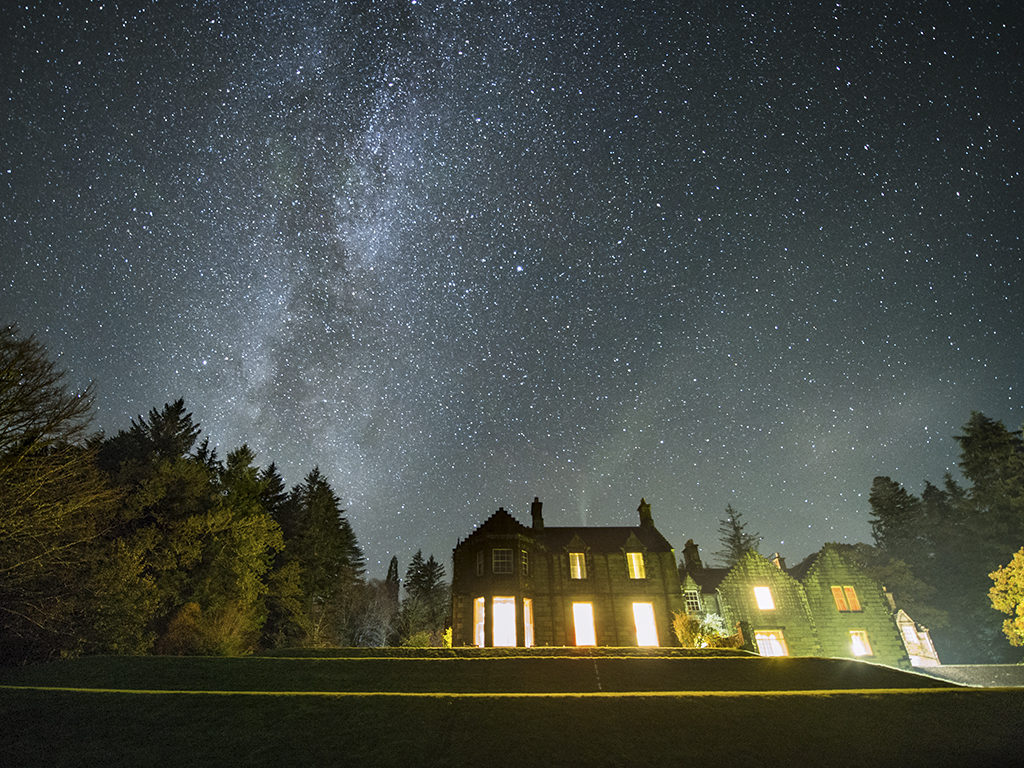 Interview with Jia Jih Chai: The Airbnb Managing Director Shares How the Company Keeps It Real in Asia